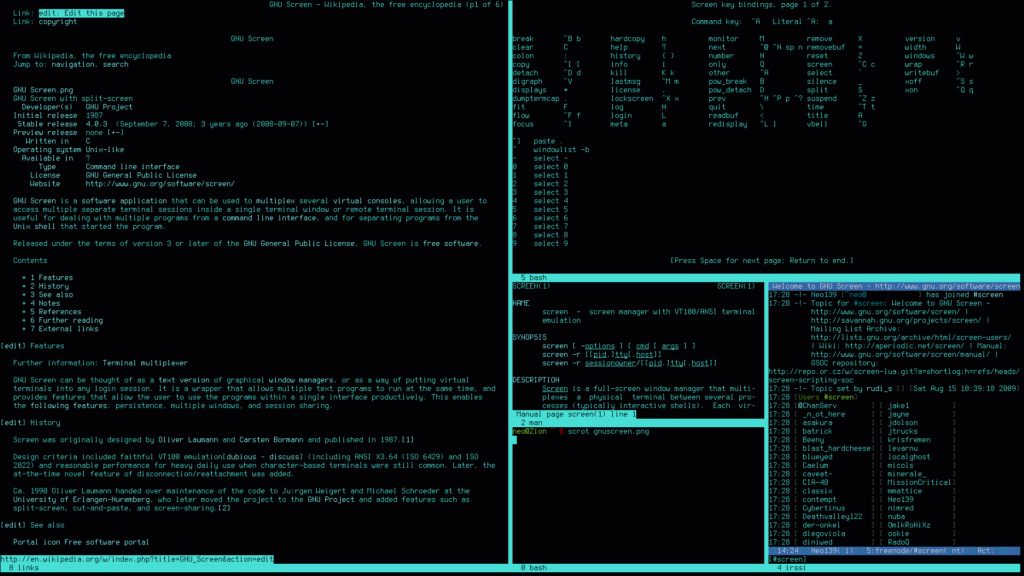 Sometimes running a bash command on the server can take several hours to complete. In such cases you would like to run the command in background and close the terminal from which the command was started (without terminating the process itself). The best way to achieve that is to use GNU screen’s detaching utility.

In order to run and detach a task (e.g., a bash script), use the following screen command:

For some reason, if you wish to use environmental variables and use them, e.g., to create a new directory, you have to perform these actions before running the screen command itself, see an example below:

After running the screen command you should see screen’s view, such as the one presented below:

And the command’s output should be displayed there.

Now, you want to detach the session, so you press Ctrl+a (release) and press d (see this answer). Detaching the session will return you to the terminal where you started, and the information about the detached session will be displayed:

Now you can safely close the parent terminal (the one you started in). The process will run in the background.